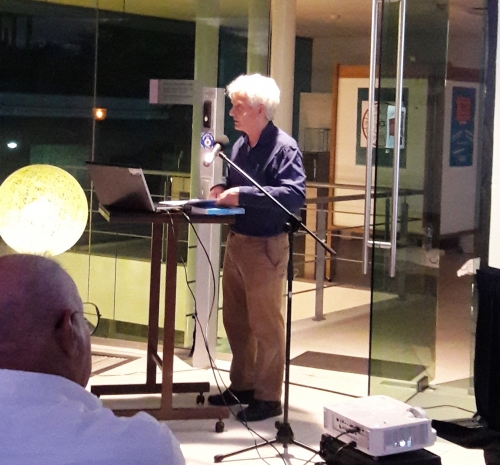 De Jong depicted the history of this sector which started in the 2nd World war when  Ton ‘Papa’ services for his office at the Handelskade. Among these services was the organization of stakeholder meetings and the taking care of legal formalities. The current day trust offices still provide the same kind of services. In the 1950’s Curacao became a tax haven for international companies.

De Jong gave an overview of the role of the various Dutch governments which tried to curb this development so more taxes could be collected from  Dutch companies based in Curacao. De Jong also gave an analysis of the current situation of the offshore sector on our island and an outlook for the future.

De Jong ended his lecture by drawing attention to some similarities between the development of the offshore sector and the oil industry and briefly addressed the important role of tourism for the future of the Curaço economy.

The full text of the which was held in Dutch can be downloaded here.