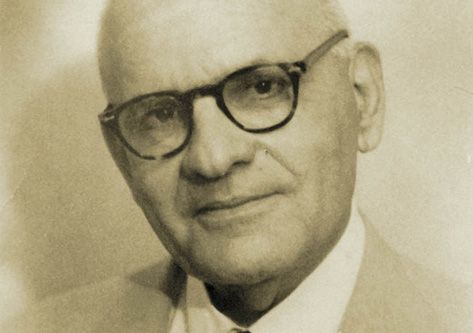 Mongui Maduro, born in 1891, belonged to the eight generation of the descendants of Mozes Levy Maduro, a surgeon who settled on Curaçao in 1672.

One day in 1905, while Mongui was attending the eighth grade of “Hendrikschool” in Pietermaai, his teacher, a Mr. Michiels, showed the class the special Curaçao issue of the Dutch periodical Neerlandia (July /August 1905) and suggested that they try to obtain a copy for themselves.
Mongui succeeded and became fascinated by all the new facts he had learned about his native island. Looking for more information, he discovered that there wasn’t a person or library that has collected items previously published in or about the former Netherlands Antilles or by Antillian authors.
That discovery was the beginning of a lifelong pursuit which resulted in the unique and valuable collection brought together in the library.

In business, Mongui joined the family firm of S.E.L. Maduro & Sons in 1908 and became a director of the firm in 1948. In 1919 he was appointed a director of Maduro’s Bank. He held those positions until the time of his death in 1967.

Acting as the honorary consul of both Portugal and France, being a member of the Chamber of Commerce and president of the Sephardic Jewish community Mikvé Israel occupied and important part of Mongui’s life.

At the height of his career he was decorated with some of the most distinguished orders by the governments of the Netherlands, France, Portugal and Venezuela – a lasting tribute to his outstanding achievements.